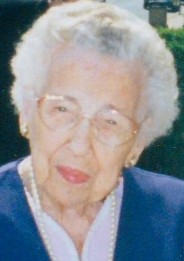 She was born in Penn Twp., the daughter of Ezra and Mary Herr Eitnier. She was preceded in death by 12 brothers and sisters. She was a member of Zion Lutheran Church, Leola.

Services will be held at The Charles F. Snyder, Jr. Funeral Home and Chapel, 3110 Lititz Pike, Lititz, on Tuesday, July 18, 2006 at 10AM with Pastor Newell Embley officiating. Interment in Long Memorial United Methodist Cemetery.  Friends may be received on Tuesday from 9:30 AM until the time of service.