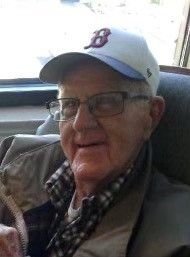 Edward H. Wade, 90 of Manheim Township, passed away at Hamilton Arms on Wednesday, January 20, 2021. He was born in Lancaster to the late Harry C. and Grace (Phillips) Wade.

Ed was the loving husband of Priscilla H. Wade for 66 years and they were together since age 16. They were inseparable up until her passing in September 2018, with the only other exception being during his time serving in the Korean War.

He served in the U.S. Army with Company F 65th Infantry Regiment during the Korean War, obtaining the rank of Sergeant with numerous honors and medals for his service. After the war, his career occupation was as a mechanic. He spent the majority of his career with The Trailer Company of Lancaster which became Great Dane Trailers of Lancaster shortly before his retirement. He was employed there for 32 years and was the shop supervisor while working there until his retirement.

Ed was a very giving and loving Dad and Grandfather. He will always be remembered by those who knew him best as a very humble and patient man. His wife, Priscilla and his entire family were always what meant the most to him. He loved his wife deeply and they both loved to be together with family. He enjoyed camping with family when his kids were young and spending time together when they were older, with his grandchildren and great grandchildren. He also loved going different places with his wife in retirement and being by her side. He was also a very mechanically gifted person who had the ability to create and repair just about anything you could imagine. He was a very spiritual man and a devout Christian who will always be admired for the love he had for his family, his endurance and strength with which he lived, and for his selflessness and love for everyone.

In addition to his parents and wife, Ed was preceded in death by his son Edward L. Wade who died in 2009, and his sister Grace Joanne Krause.

Private graveside services, with Military Honors, will be followed with entombment in the Mausoleum at Conestoga Memorial Park. Please omit flowers and kindly consider a memorial contribution to the American Cancer Society, 314 Good Drive, Lancaster, PA 17603.

My condolences to the Wade family. Mr. Wade  was a great man and will be missed.
Mark