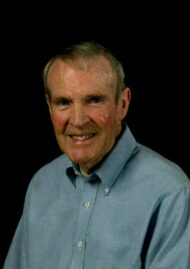 Earle H. Henderson, Jr., passed away at Moravian Manor, Lititz, on June 19, 2022. Born in 1937 in Bryn Mawr Hospital, Bryn Mawr, PA he was the son of the late Earle H. and Louise Rice Henderson, and was the husband of Yvonne (Vonnie) Gochnauer Henderson.

Chip graduated from Haverford High School in Havertown, PA where he lettered four sports. He graduated from Penn State University in 1959. He was a member of ROTC and after graduation, was commissioned as a 2nd Lt. and reported to USMC schools for 26 weeks training. He was assigned to Japan’s army training grounds at Camp Fujiama and was discharged in 1962 with the rank of Captain. He then served in the Reserves from 1962 to 1972.

Most of Chip’s career was in production for large pharmaceutical companies, retiring from Merck and Company.

Chip had a passion for restoration of 18th and 19th century homes, taking them back to the original as much as possible. The last and most important restoration was Charming Forge Mansion, Womelsdorf, PA. He and Vonnie were both avid collectors of American antiques, most of which complimented their home at Charming Forge.

MY CONDOLENCES AND PRAYERS TO THE FAMILY OF A BROTHER MARINE.   MAY HE RECT IN PEACE GUARDING THE GATES OF HEAVEN.   SEMPER FI    CPL KARL F. SCHUBERT  62-68