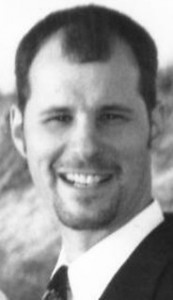 Earl F. Rebman III “Kelly”, 41, of Lancaster, died unexpectedly Tuesday morning, December 5, 2006, at his residence. He was owner of Rebman Racing as a self employed Auto Mechanic. Previously, he worked at the former family business, Rebman’s Holiday Store.

He was a member of St. Mary’s Catholic Church. He was also a member of Amvets Post 19, Riverside Camping Assoc., Millersville VFW and the 8th Ward Club. He enjoyed everything about cars, trucks, motorcycles and Philadelphia sports teams. He loved his family and especially his two rescued pit bulls, Rue and Bay.

Born in Lancaster, he was the son of Earl F. Rebman Jr. and Lois Annette Pickel Rebman of Lancaster. He was married for 8 years to Michele Leigh Duke Rebman but were companions for 14 years.

Mass of Christian Burial will be held at St. Mary’s Catholic Church, 119 S. Prince St., Lancaster, on Saturday Dec. 9, at 1:00PM. A calling time will be held at the church from 12 noon until the time of service. In lieu of flowers, memorial contributions in Kelly’s memory may be made to help a Future Auto Mechanic at Thaddeus Stevens Foundation, Attn: Rebman Memorial Fund, 740 E. End Ave., Lancaster, PA 17602.