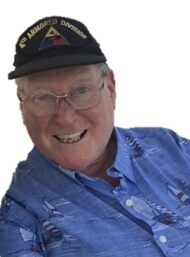 “Dr. Hank” Henry Joseph Papiernik Ed.D., of Willow Street , PA, passed away on May 29th, 2022 at the age of 87, with family by his side. He was the loving husband of the late Florence W. Papiernik, with whom he shared over 57 wonderful years of marriage.

Born in Philadelphia, PA, Henry was the son of Henry J. Papiernik and Apolonia (Kubinski) Papiernik. Henry was an alter server with his younger brother Richard at St. Josaphat’s Catholic Church and attended St. John’s High School in Manayunk, PA. In 1957, Henry enlisted in the United States Army, and was stationed in the 4th Armored Division in Ulm, Germany, and proudly served his country until 1963, when he was honorably discharged.

Dedicating his life to education, Henry was a teacher, a principal, and finally a superintendent. He was an incredibly dedicated and hardworking man, and he had many degrees from Villanova University, Glassboro University, and Temple University.

Henry was a published author and had many hobbies. He enjoyed metal-detecting, volunteering for the Boy Scouts of America and cheering on the Villanova Wildcats and the Philadelphia sports teams. But above all else, Henry’s greatest pride was watching his family grow, change, and learn. His children gave him great joy, and he was so proud to be a grandfather.

A Mass of Christian Burial will be held on Friday, June 3 at St. Leo The Great Catholic Church, located at 2427 Marietta Ave, Lancaster, PA 17601, with a viewing from 10-11 AM, and Mass beginning at 11 AM. A graveside service will be held at St. Mary’s Catholic Cemetery on New Holland Pike, Lancaster 17601, directly following Mass.

Sorry for your loss.  Thoughts and prayers go out to the family.  RIP GONE BUT NEVER FORGOTTEN

So sorry for the loss of your father.
With Deepest Sympathy