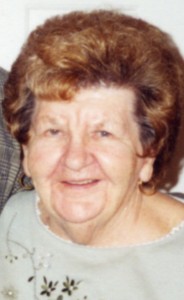 Dorothy J. Warfel, 83, of Lancaster died Sunday at Cambridge Lancaster. Born in Lancaster, PA, she was the daughter of the late Milton and Myrtle Coble Ebersole. Dorothy was the wife of the late Robert C. Warfel who died June 11, 2002. She was a homemaker and member of Grace Evangelical Church. She enjoyed her family, hunting and fishing. She will be greatly missed by her family, two daughters and grandchildren.

Services will be private and held at the convenience of the family. Contributions may be made in Dorothy’s memory to Compassionate Care Hospice, 100 Brown Street, suite 23, Middletown, PA. 17057. Arrangements by the Charles F. Snyder Funeral Home