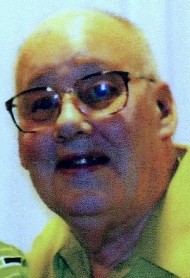 Donald Ray Rathkey, Sr., 73, of Lancaster, PA passed away August 27, 2015 at Conestoga View Nursing Home. He was the husband of Nada L. (Neumann) Rathkey to whom he was married for 51 years.
Born in Lancaster, PA he was a son of the late Laura V. Gornik wife of step father Anthony M. Gornik and John H. Rathkey. Don was a 1959 graduate of J.P. McCaskey High School and retired as a machinist with Kerr Glass of Lancaster. Mr. Rathkey was involved with the Boy Scouts and enjoyed collecting and watching old movies. He and his wife also enjoyed camping at Pinch Pond where they had a permeant site for 22 years and traveling to Ocean City, MD yearly with their family. He was an avid Green Bay Packer fan along with the Washington Redskins. Don proudly served his country in the US Army.
Surviving in addition to his wife are his children Renee Rathkey of Leola, PA, Donald Ray Rathkey, Jr. and wife Susan of Brownstown, PA and Jeffery Rathkey of Reading, PA; five grandchildren and six great-grandchildren; one brother John Rathkey of Lititz, PA and a sister Andrea Ponzillo of Lancaster, PA.
Funeral services will be held on Tuesday, September 1, 2015 at 11AM from the Charles F. Snyder Funeral Home & Crematory, 414 E. King St. Lancaster, PA 17602. A viewing will be held from 10:30am until time of funeral services at the funeral home. Interment will be held in Conestoga Memorial Park.
Memorial contributions may be made to the Lancaster County ASPCA, 848 S Prince St, Lancaster, PA 17603.

Loved and will be missed! Fly with our Angel family.
Niece Stacey Fisher