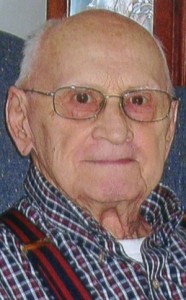 Donald R. Weaver, 89, formerly of Snyder Hill Road, Lititz, PA, passed away on Thursday, May 7, 2015 at Moravian Manor.
Born in Mt. Joy, PA, he was the husband of the late Barbara Slosser Weaver who died on August 7, 2013. He was the son of the late Clarence K. and Elizabeth Brosey Weaver.
Donald was a member of Trinity Evangelical Congregational Church. He was the owner of Don Weaver Printing, Lititz which began in 1961. Prior to that he worked for the Lititz Record as a pressman.
He was a member of the Hemlock Hunting Lodge in Sullivan County where he enjoyed hunting. He also enjoyed fishing, woodworking, and listening to big band music. He proudly served his country as a Corporal in the air wing of the U.S. Marine Corp during World War II from 1943-1946 and was stationed in the Philippines.
He is survived by two sons, Michael R. Weaver, companion of Jill Smith, Manheim, PA, and Kenneth R., husband of Carol A. Weaver, Brickerville, PA; two daughters, Beverly W., wife of Tyrone L. Griffith, Lititz, PA and Cynthia L. Beam, wife of Timothy Brennan, Olalla, WA and six grandchildren, Danielle Beam, Matthew Griffith, Michelle Kurtz, Kristi Heller, Justin Weaver, and Jo Beth Kissinger and 12 great grandchildren, and nieces and nephews. He was preceded in death by a great grand daughter, Emily Griffith and was the last of his immediate family.
Relatives and friends are invited to attend Donald’s Memorial Service from the Spacht Snyder Funeral Home & Crematory, 127 S. Broad Street, Lititz, PA 17543 on Tuesday, May 12, 2015 at 11:00 A.M. with the Rev. Nathan Frey officiating. The family will receive friends from 10:00 A.M. until time of service. Military Services will be rendered by the Red Rose Veterans Honor Guard. Interment will be held at Brunnerville United Methodist Cemetery. In lieu of flowers, memorial contributions may be sent in his memory to the American Heart Association, 610 Community Way, Lancaster, PA 17603 or Hospice and Community Care, 685 Good Drive, P.O. Box 4125, Lancaster, PA 17604-4125.

To the Weaver Family
My condolences to each of you. You see we used to work together at the Record. Don was a good man to work with. Thank you Don for serving our country. Your dad was a good family man. He will be missed by many friends.
Oren E. Spangenburg
Luther Acres Retirement Community

I am saddened to hear of the passing of Don. He was a kind, generous man who will be missed by many.
Condolences to the family.
Carl Kline