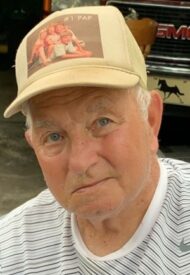 Donald N. “Don” Sellers, 81, of East Petersburg died Wednesday, October 27, 2021 at home surrounded by his family. He was the son of the late William and Viola (Neff) Sellers.

Don enjoyed horseback riding, hunting, and could be found at his cabin in Juniata County after retirement. He also enjoyed helping people.

A Graveside Service will be held at 11:30AM on Monday, November 1, 2021 at Colemanville United Methodist Cemetery, 210 Colemanville Church Rd, Conestoga, PA 17516. The family request casual dress attire. In lieu of flowers, contributions in Don’s memory may be made to Hospice & Community Care, PO Box 4125, Lancaster, PA 17604-4125.