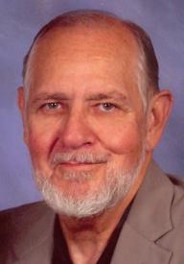 Donald A. Garvin, 73, of Manheim, left to be with the Lord Friday morning, April 7, 2006, at Hospice of Lancaster Co. after a courageous battle with cancer, surrounded by his loving family and friends and his beloved dog, “Cody”.

Born in Lancaster, he was the son of Winifred Roberts Garvin Rinehart of Lititz and the late Arthur W. Garvin. He celebrated his 54th wedding anniversary on Aug. 27, 2005 to Joann P. Zander Garvin.

Mr. Garvin retired from Mt. Joy Wire Co. in 1999 after over 20 years of service. Prior to that he worked at Lancaster Malleable for 17 years. After retirement he drove school bus for Laidlaw in the Hempfield School District.

Funeral services will be held at Trinity United Church of Christ, 2340 State St., East Petersburg, on Tuesday April 11, 2006 at 11AM. Interment in Trinity UCC Cemetery. Friends may be received at the church from 10AM until the time of service. Please omit flowers.  Contributions may be sent in Don’s memory to the American Cancer Society, 314 Good Drive, Lancaster, PA 17603 or Hospice of Lancaster County, P.O. Box 4125, Lancaster, PA 17608.