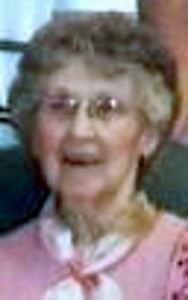 Dolores M. Geiger, 91, passed away on Saturday, July 4, 2015 at St. Anne’s Retirement Community.
She was the wife of the late Anthony C. Geiger Sr. who passed away in 1990. Born in Lancaster, she was the daughter of the late John C. and Florence Long Shultz.
Dolores had been a homemaker and was a Lancaster Catholic High School graduate of 1941. She enjoyed playing cards, bingo, and volunteered at the S. June Smith Center. She had also been a Democratic Committeeperson and was known as a real people person.
She was a member of Sacred Heart of Jesus Catholic Church.
She is survived by her daughters: Bernadette married to Richard McBride of Ocean City, MD, Anne married Daniel Glouner of Willow Street; her sons John A. married to Susan Geiger of Landisville, Thomas P. married to Sarah of Richmond,VA, Joseph A. married to Jackie Geiger of Berlin, MD, and Anthony C. Geiger Jr, companion of Shon of Willow Street; 16 grandchildren, 16 great grandchildren; her brother Thomas married to Florence Shultz of Lancaster, her sister-in-law, Helen Shultz of Mt. Joy, and her son-in-law Robert Geiter. She was preceded in death by her daughter, Mary Geiter, and her brother John “Jack” Shultz.
Dolores loved living at St. Anne’s Retirement Community and never regretted making the decision to make it her home. Dolores’ family would like to extend a warm “thank you’ to St. Anne’s for giving her a quality of life she would have never known living elsewhere.
Friends will be received on Tuesday, July 7, 2015 from 6:30-8:30PM at the Charles F. Snyder Jr Funeral Home & Crematory, 3110 Lititz Pike, Lititz, PA. The Mass of Christian Burial will be at 11AM at Sacred Heart of Jesus Catholic Church, 554 W. Walnut St., Lancaster, PA on Wednesday, July 8, 2015, the Rev. Michael Messner as Celebrant. Interment will be private and at the convenience of the family. In lieu of flowers, please make contributions in Dolores’ memory to St. Anne’s Retirement Community, 3952 Columbia Ave., Columbia, PA 17512.

Anne, I was so saddened to hear of your mom’s passing. My condolences to you and your entire family. Ron and Jeanette Rice