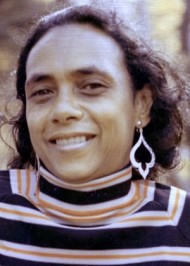 Charlotte C. Washington, 82, of Lancaster went home to be with her Lord on Monday, September 7, 2015 at home. Born in Lancaster, PA she was the daughter of the late Robert, Sr. and Rosella (Randolph) Anderson. She was the wife of the late Robert E. Washington, Sr. who passed away in 2004.
Charlotte worked as a general laborer most of her life. She was a member of Bright Side Baptist Church. Later in life she worked at Wal-Mart as a greeter and loved being around people. She enjoyed going to the casinos, watching gameshows and was a Philadelphia Phillies fan.
Charlotte was a lifetime member of the Conestoga Elks Lodge #140.
She is survived by her two sons, Brian D. Anderson, fiancée of Lenara, Alonzo L. Washington husband of Tawana; daughter, Sharon Brown wife of Tyrand all of Lancaster; Two step-daughters, Shirley and Debbie Washington, stepson Kenneth Washington along with a loving host of great-grandchildren, nieces and nephews. She was preceded in death by her son, Harold “Poogie” Anderson, stepsons, Barry and Bobby Washington and siblings, Harold and James Mobley and Robert Anderson, II.
Home Going Services will be at 11AM on Friday, September 11, 2015 at Bright Side Baptist Church, 515 Hershey Ave, Lancaster, PA. A viewing will be from 10-11AM at the church on Friday. Interment will follow in Mellinger Mennonite Cemetery.

My deepest condolence Brian and Alonzon, praying for both of you and your family
Denise L. Williams

My deepest condolence to the Anderson and Washington family.
May God bring comfort Brian and Alonzo, you are in my prayers.

Sending prayers for peace and comfort to the family.  Ms. Sue had a loving and humble spirit.  She was always so good to my daughter and me.  I could confide in her with anything and she always knew what to say to make things better.  We will never forget her…May she rest peacefully in paradise on Abrahams bosom.  Jenny & Kayla

To The Family: You all are in my prayers. Ms Sue will be truly missed. She is watching over you now and in a better place. Dawn Carin Boots