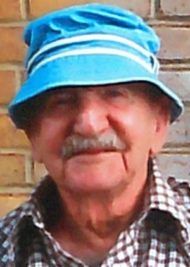 Carl A. Weaver, 90, of Lititz since 1967, passed away Monday, March 6, 2017 at his home. Born on November 29, 1926 in Centre County, PA he was the son of the late Alvah H. and Ellouise P. (Adams) Weaver. He was the husband of the late Lois I. Weaver who passed away March 15, 2015.
Carl worked for Alcoa Mill Products and retired after 30 years in 1991. He also worked for the A&D part time in Manheim where everyone knew him as “Pappy”.
Carl was a member of Trinity E.C. Church of Lititz.
He enjoyed going camping, hunting, seeing his grandchildren and great-grandchildren and making them laugh and smile.
He is survived by his sons, Alton Weaver, Lancaster, Alvah Weaver, Lititz, Carl Weaver, Lancaster, Jeff Weaver, Bradenton, FL and Troy Weaver, Marietta, and his daughter, Susan Mayall, Lititz. Also surviving are stepsons, Kevin MacLaren, Manheim, Willie MacLaren, Manheim, Clint MacLaren, Leola and stepdaughters, Jerlyn Campbell, Washington and Lois Schneider, Lebanon; Brothers, Alvah Weaver, Jr., Wisconsin, Clarence Weaver, Port Matilda, Dorie Weaver, Petersburg, John Paul Weaver, Port Matilda and Reuben Weaver, Port Matilda; sisters, Mary (Ward) Tyrone, Jane (Lapp), Manheim, Betty (Beckwith), Port Matilda, Wavia (Huddy), Tyrone and Marlene (Davis), NC., along with 26 grandchildren and 27 great-grandchildren. In addition to his wife Lois, Carl is preceded in death by his sons; Scott Waite and Daryl L. Weaver, Manheim and brother, Theodore Wesley Weaver, Tyrone PA and great grandson, Alvah Weaver III, Lititz.
Relatives and friends are invited to attend Carl’s Funeral Service from Trinity Evangelical Congregational Church, 44 E. Orange St, Lititz, PA on Thursday, March 16, 2017 at 11AM. Interment at Trinity E.C. Cemetery. The family will receive friends at the Spacht-Snyder Family Funeral Home & Crematory, 127 S. Broad St, Lititz, PA on Wednesday, March 15, 2017 from 7-9PM and from the church on Thursday from 10AM until the time of service. In lieu of flowers, contributions may be sent to the church or American Cancer Society, 314 Good Dr, Lancaster, PA 17603.

Carl, I’ll never forget the kindness you and Lois have shown me.  Thank you for snowblowing my drive and inviting me in to sit by the coal stove and have a hot drink.  Thank you for caring for others by opening your home to share bread and pastries that you and Lois picked up week after week.  Thank you for your caring and kind words and oh, always hugs.  You’ll be missed.  Now you get to be with Lois :).  Sandy

Pappy, it was so nice to see you at your 90th birthday party! I am so glad I got to see you and now I can remember you in that way! Now you move on to bigger and better things!
Love, Melody and kids