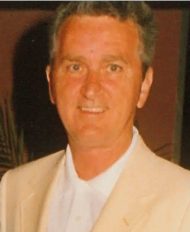 Born in Queens, New York, on December 3rd, 1936, he was the son of Clark and Jeanne Gavin.

For 49 years, he was the husband of Dianne Gavin, who preceded him in death. They met and fell in love while he was stationed in England as a member of the United States Air Force.

He was also preceded in death by his daughter Kathleen “Katy” Gavin, brother and “Best Friend” Buddy and his “Kid Sister” Hope. He is survived by one sibling, Jeanne “Beezie” Short, who he insisted was “Aces”.

Brian was very successful in business, taking great pride in many accomplishments throughout his career.

He enjoyed wood working, shooting pool, trading stocks and spending time with his family. Brian also had a great appreciation for horses and dogs and owned many throughout his life.

Memorial services will be held at the Charles F. Snyder Jr. Funeral Home & Crematory, 3110 Lititz Pike, Lititz, on Monday, May 20 at 12 P.M. Family and friends will be received from 11 A.M. until time of service at the funeral home.