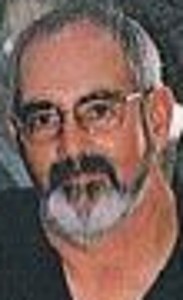 Barry L. Reitz, 70, of 160 Buch Avenue, Lancaster, went home to be with his Lord and Savior on Tuesday, August 6, 2013 at Lancashire Hall, Lancaster, after a courageous battle with Alzheimer’s. The family would like to extend a thank you to all who gave their love, prayers and support during this last season of Barry’s life. Barry was the loving husband to his wife, Iva, for 49 years.
He was born in Ephrata, the son of the late Robert & Verna Reitz, Akron. In addition to his wife, he will be lovingly missed by his daughter, Kelli and her husband, Greg Griffith, TX; his grandchildren and his sister Fay married to Paul Shirk, Akron.
Barry graduated from Ephrata High School and was self-employed as a Concrete Contractor for 45 years. He was an active member of New Life Assembly of God serving in the past as deacon, teacher and most recently as Usher/Greeter. Barry was best known for his friendliness and sense of humor. No one was a stranger to Barry. He would always greet them, “Hi, my name is Barry, what’s yours?” He had a very giving and loving spirit toward everyone; desiring all to come to know his Lord & Savior.
Friends will be received on Thursday, August 8, 2013 at the Charles F. Snyder Jr Funeral Home & Crematory, 3110 Lititz Pike, Lititz, PA from 7-9PM. Friends may call again on Friday, August 9, 2013 from 10-11AM at New Life Assembly of God, 1991 Old Philadelphia Pike, Lancaster, with the Funeral Service to follow at 11AM, the Revs. Stan Williams and Lou Pagano officiating. Interment in Conestoga Memorial Park. In lieu of flowers, contributions in Barry’s memory can be made to the “Mission Fund” of New Life Church, 1991 Old Philadelphia Pike, Lancaster, PA 17602.

You will not know me, but Barry and I knew eachother about 20 years ago. I was about 15 at the time, and Barry was doing concrete work with my father. On August 8, 2013 I got notice that Barry had passed away. When I heard that, I remarked: “That is so strange, because two days ago I thought about him and wondered where he was by now.” Evidently, after having had no contact for 20 years, his memory came to mind the same day he passed away. That’s miraculous!
God bless you and yours.

Praying God’s peace and comfort covers your family during this chapter of your lives. We know you will greatly miss Barry’s presence and anxiously await that great reunion day in Heaven. May you be filled with joy for your journey ahead.
Lots of hugs and prayers!
Darry & Pamela Lisemby, Branson, Missouri