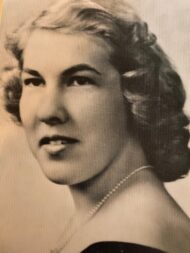 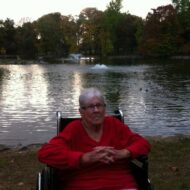 She was the wife of the late Albert Roessler, who passed away in 1990. Born in Washington, PA, she was the daughter of the late William A. and Elizabeth Wagner Pettit.

Barbara had worked as a housekeeper for the Lincoln Motor Lodge for several years.

She lived a simple life and always was trying to help others in any way she could. She never drove or had a drivers license, so she rode her bike to wherever she needed to go, or took the city buses.

Barbara had been a former member of Christ Lutheran Church of Lancaster.

She is survived by her daughter, Anna Roland, her son David Roessler; her grandchildren: Kendra and Kyle Imler, and Dylan Rineer; her great grandchildren: Kaitlyn, Gisele “Gigi”, Charles, Justin, Mason, Carter, Cierra, Oakley, Nevaeh, and Katana; and by her beloved nieces and nephews. She was preceded in death by her sons, Albert J. and Walter L. Roessler and her brother, William Petit.

Anna I’m Sorry Sorry For The Loss Of Aunt Bobbi … I Will Miss Her Dearly . You Got Your Angel Wings Aunt Bobbi .Till We Meet Again … I  ♥️ You …
Love , Mary Beth