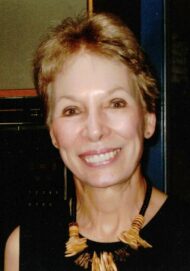 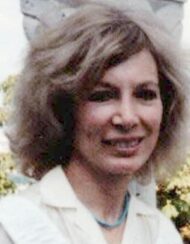 Anna Louise Kennamer Barnett passed away Friday, September 24, 2021. She was born in Miami, Florida on January 31, 1938. Her parents were David W. Kennamer and Anna Louise Kennamer (Appelget). Lou spent her childhood and teen years in Northport, New York, Long Island where her father was an administrator in the VA hospital. She graduated from the Northfield School for Girls in East Northfield, MA.

Lou enrolled in Reed College in the fall of 1955, but after completing one semester, she was stricken with peritonitis and had to withdraw. She recuperated at home in Salem, VA where her father had recently been transferred.

In the fall of 1956, she enrolled in Roanoke College located in Salem. She completed her sophomore and junior years at Roanoke with a 4.00 average. It was there she met Robert Barnett. They fell in love and married in January of 1958. In the fall of 1958, the couple enrolled in the University of North Carolina, Lou as a senior, Bob as graduate student in the Department of Classics. Their first child, Robert Nicholas, was born in Chapel Hill in January of 1959. Lou earned her BA and MA in English at UNC, Bob his Ph.D. in Latin and Greek. For the academic year 1962-63 the couple, supported by Bob’s Fulbright Scholarship, lived in Milan and Rome. While in Rome Bob answers “yes” to a telegram from F&M offering him a position in the Classics Department.

Having returned to the United States, Lou began to search for a teaching position. She also took a morning off in February to give birth to the couple’s second child, Gregory Richard. She completed that in time to make Bob’s lunch. Finding a teaching position took a little longer.

Lou accepted an offer from a junior college in a neighboring county. It was an institution whose aims for their students were vocational. This conflicted with Lou’s aims for her students which were intellectual. She resigned (one might say fled) after five years and enrolled in Bryn Mawr’s Ph.D. program in English. She so impressed Bryn Mawr with her academic abilities that she was offered a four-year term contract in Bryn Mawr’s English Department. In her last year at Bryn Mawr, she learned she had been awarded a Fulbright to Rome for the academic year 71-72. Lou then accepted an appointment in Rutgers’ English Department. While in a long career at Rutgers, New Brunswick, she published ten books on literature and American History and innumerable papers in academic journals. Her book Touched By Fire: The Life Death and Mythic Afterlife of Georgic Armstrong Custer won the John Carroll Literary Award. The publisher nominated the book for a Pulitzer. It was also translated in to Italian.

Lou is survived by her husband, Robert, by her son Robert, Enformics Scientist at NUTRIX, San Francisco, CA, by his wife Laura Barnett, Occupational Health Councilor, Gallagher-Bassette, and by their two boys Nicholas and Alec; by her son Gregory, Professor and Chair of the Department of Musicology, Shepherd School of Music, Rice University, Houston, TX, his wife Sylvia, violinist, and by their children Charles (Harry) and Lydia; by her brother Steven, retired teacher, his wife Jaimie, Fort Defiance, VA; by her brother David, and his wife Ginny, Heber Valley, Utah.

Although we lived miles away, I was always proud to have a wonder Aunt, Uncle and cousins in Lancaster Pa. Prayers to my Barnett family. Love from the FLORIDA Barnetts

Dear Bob,
I grieve with you, and with your sons Rob and Greg.
With love,
Clark McSparren

Louise will be dearly missed by all the faculty and students to whom she was such a great colleague and professor to in the American Studies Department at Rutgers. She was an amazing mentor, with such a sharp mind and great wit.
Andrew Urban

Dear Barnett Family,
Please accept my deepest condolences on the death of your dear Mother. I hope that memories of happier times and her many contributions and her love and support for you help to console and sustain you. Take care and remember all the happiness. Please excuse this online condolence.
Sincerely,
from Catherine I went to LCDS with Robbie.

Bob-this is from Bill and Sharyn Schoenberger, your former neighbors at the bottom of winding Hill drive. .Just loved for her to come to my door at election time and we thoroughly took care of the Republicans. So sorry.
Sharyn Schoenberger