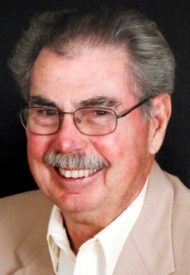 Agnew “Aggie” Walton Reddig Jr. was blessed by Jesus for 89 years and was peacefully taken to his eternal home on September 18, 2019. He was born in Lancaster to the late Agnew W. Reddig Sr. and Albertha Silvius, brother of Joyce Ecterling and the late Barbara Book and was the husband of Brenda Sue Walton.

Aggie graduated from J.P. McCaskey HS, served in the U.S. Marine Corps, worked at Watt & Shand and served as a set-up man for RCA/Thompson for 34 years. He enjoyed fishing with his dad and was greatly involved in Scouting with his sons. In retirement, his hobbies included American Flyer Trains, garage sales, and sharing time as “Poppy” to his four grandchildren, Trevor, Jennifer, Andrew, and Jerica and his five step-grandchildren, Echo, Saffron, Sage, Keziah and Faith.

Agnew’s family would like to express their appreciation to Maple Farm Nursing Home and Masonic Village Hospice for the comfort of knowing he was in caring hands.

Agnew’s service will be private at the request of the family. Kindly omit flowers and if desired, memorial contributions, in Aggie’s honor, may be made to Mount Calvary Evangelical Lutheran Church Missouri Synod, 308 Petersburg Road, Lititz, PA 17543.

I am sorry for your loss.  Aggie was a good friend from RCA. So long ago.
Marian Mehaffey

Skip, I was sorry to read of your father’s passing. I remember him as a wonderful guy with a great sense of humor. It was always a fun time when he came in the music shop. I will have good thoughts for you and your family. Sincerely, Clem